It’s no secret that Neil Gaiman is my favorite author.

I became hooked to his work around 1998 when I first read volume 7 of his critically acclaim comic book series The Sandman and to be honest nothing was ever the same for me.

He proves that you can take literary elements that are considered inferior or only for cheap literature (like fantasy and horror) and elevated them into some really rich, dark and beautiful writing. No one, expect maybe Stephen King, does it as good as Neil.

But my real descent into being an absolute fan-boy was in 2001 when his Hugo and Nebula award winning novel got published, of course I’m talking about American Gods (soon to be a TV-series), there aren’t enough praises for this behemoth of a book, just go out buy it and read it.

I have 3 different versions of the book and is the one I plan to read it as the last in order to finish my goal of 1,000,000 pages 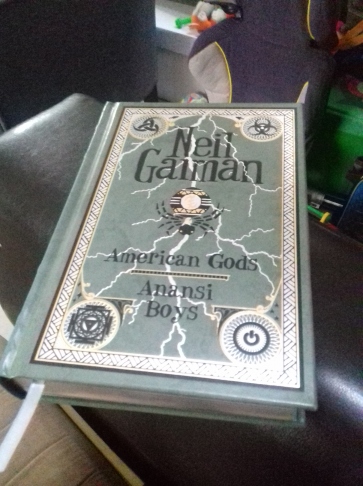 Here I’m only missing a picture of the 10 year anniversary edition.

So in commemoration of Mr. Gaiman’s birthday I’m going to start reading The Sandman: Overture, a book that has been taunting me for almost a year, just sitting there looking all pretty in my shelf. 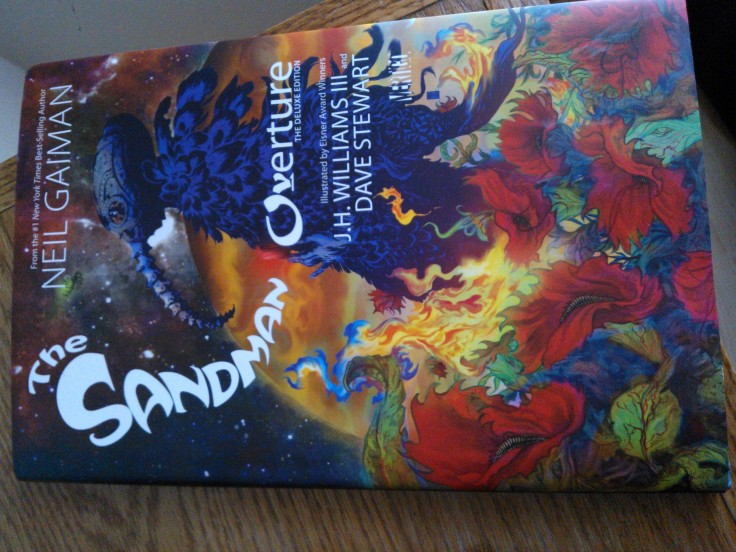